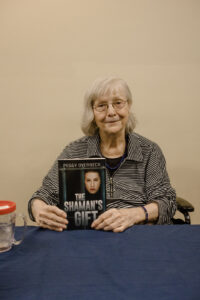 Lansdowne Village is home to newly published author Peggy Overbeck! At the age of 86, Overbeck has published her first novel, The Shaman’s Gift. To become a published author at 86, as a resident in a skilled care facility, is no small feat.

On September 2nd, 2022, Overbeck held a book reading and signing for her peers at Lansdowne Village in St. Louis, formerly called Lansdowne Place. The crowd gathered to listen to the newly published author read the first chapter of The Shaman’s Gift. After a riveting cliff hanger, the crowd called for an encore, which Overbeck gladly obliged. Once the reading concluded, Overbeck’s peers and family lined up to purchase their own copy, complete with the author’s signature.

The novel follows the story Emily Henderson, a young Texas woman who is accused of a crime she can’t remember committing. With the help of a shrewd attorney and a compassionate shaman, Henderson must fight to clear her name. Overbeck drew her inspiration from her time as a Legal Aid in the Litigation Department at a Dallas-based law firm, where her boss took on pro bono criminal cases.

This may be Overbeck’s first publication, but she is no stranger to writing. In 1980, Overbeck submitted a short story and won a writing contest in Cape Girardeau, Missouri and has been picking up pens and paper for years. Her advice to anyone who wants to pursue writing is, “don’t look at it as making some money or getting published. Write for yourself; if other people like it, then great. If not, that’s okay, too.” Overbeck is currently in the process of writing her second novel as well.

The Shaman’s Gift is published by Black Rose Writing out of Castroville, Texas. Prior to publication, Overbeck sent out queries to several publishers until Black Rose Writing responded with their interest. “Nobody was more surprised than me when months later I got an offer of a contract with them,” Overbeck said. She signed the publication contract in October 2021 and the book evolved from there. When asked about her biggest supporters, Overbeck mentioned several family members including her cousin Barbara Jo, who the book is dedicated to. 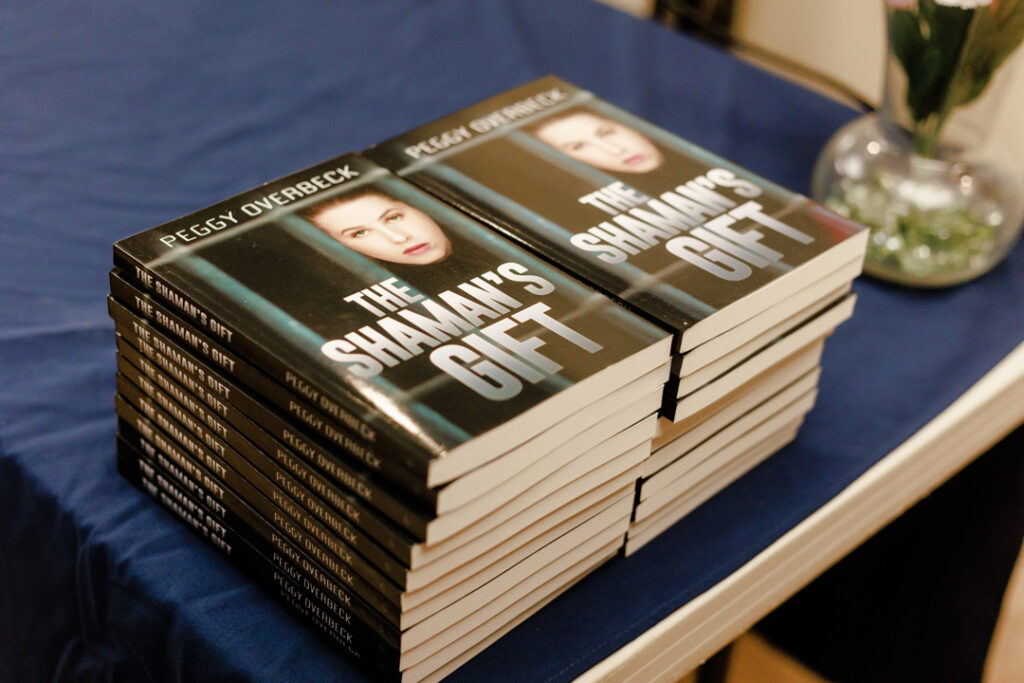